Well, here I am in Japan!  Narita - location of Tokyo's international airport, and most civilised place in the world for a layover - is just as sunny as the last time I saw it. The air is clean and I can see the colour of buildings a mile away, so I am taking my first breaths of clean air for some time. I have a tiny hotel room equipped with everything anyone ever needed including a nightshirt and a toilet that comes with its manual glued to the wall.  I also have a bathtub, so first bath in months as well!  I spent the rest of the day learning hiragana so now I can read a whole load of stuff and not know what it means.  Just as Chinese signs and billboards were starting to become comprehensible!  I do prefer the instant internationalisation of the Chinese character system really.

After sleeping until 11 o'clock, I wandered down Narita's main street, looking for somewhere affordable to have lunch. There are lots of restaurants with plastic models of their dishes outside the window, but I was looking for something basic and hit on a bakery which did a 500 Yen (6USD) lunch plate.  It included:
Of course they are all tiny, but also beautiful and tasty.  I also ordered lemon verbena tea, which cost nearly as much as the lunch and came with more accessories than I really knew what to do with, including an egg timer and two strainers.  The teapot seemed to be one of those magic ones that never run out of tea, despite looking very small and transparent.  I think I love Japan nearly as much as New Zealand.

Narita's main street is a mixture of trinket shops, food shops, and restaurants.  The content of the food shops seemed weirder last time I was here, or maybe I've seen so many strange foods over the last few months that I'm immune.  The most common food product at the moment seems to be bags of large golden rice crackers which I'm going to have to try at some point.  At the bottom of the hill, just before the temple complex there is a gathering of barbecued eel restaurants where I may have to indulge tomorrow, even though it will set me back a bit more than 500 Yen.


Narita's temple complex involves some very beautiful buildings set in a large and lovely park where I spent the afternoon wandering around listening to birds and looking at carp as big as my leg.  The Japanese do parks and landscaping better than the Chinese.  They don't think that nature needs some help from music blaring over it from loudspeakers or brightly coloured ornaments in all the trees.  I found Chinese art at its best to be monumental and quite austere, but when it comes to the everyday human or natural scale, they tend to the cheap kitsch as everyone says.

Last time I was here in Narita, I found the temples full of things I didn't understand, and I suppose that's still the case, but this time I at least found out that they belong to the Shingon branch of esoteric Buddhism.  We tend to associate the word esoteric with magical stuff, but it seems that esoteric schools of Buddhism mostly differ from others by believing enlightenment is potentially accessible at any time.  It's kind of funny that despite this it's one of the most secretive religions as regards its teachings.  The cynical part of me thinks that's so lots of people don't pop up saying 'I tried this at home and it absolutely did not work!'.  When I read about Shingon I found some of the traces of Indian influence it preserves to be quite interesting.  It uses sanskrit characters in a few contexts and a fire ceremony descended from the vedic fire ceremonies for Agni. The school has been present in Japan since about the 8th century. I was really more into nature today, so that's what all the photos are of. 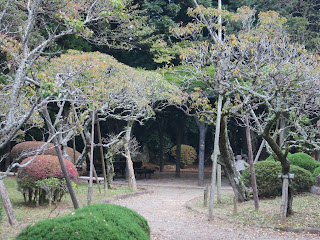 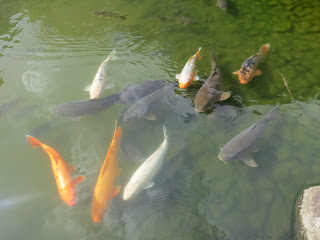 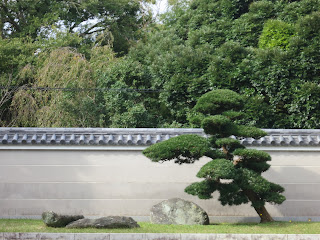 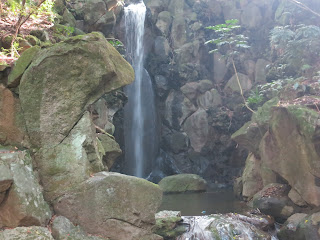 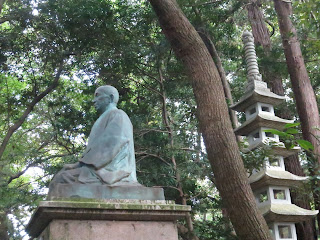 PS: speaking of China, it isn't because I didn't like it there that there are no Chinese blog posts, it's because I didn't have time to write any!  We did a lot of zooming around and were nearly always crammed into smallish spaces at least with each other, if not with a lot of other people.  It's not really a situation that's conducive to writing. But now, that I do have time, I'll tell you about Chengdu in a minute, how about that?
at 01:05