One of the things that's different about Japan compared to other countries I've been to is that I'm already a big fan of some parts of Japanese culture: origami and anime.  I was really happy when I discovered how cheap basic orignami paper is here, then the first boutique shop I found yesterday (well, after the sweet shop) was the fancy paper shop. I'm going to be buying myself a Christmas present in there before I leave!

But today I'm going to the cinema.  It takes longer to pick out a movie when you don't understand a word of the cinema's website.  Here is what Google Translate said about the movie I chose: Fuse. 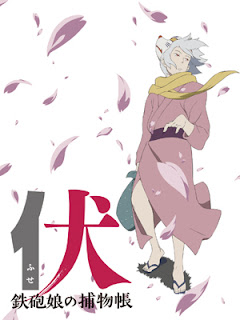 Down the mountain was in response to the death of his grandfather, Hamaji girls and your shotgun. In the town of fullness, hearing the strange rumor her for the first time what you see what you hear. Draw the blood of humans and dogs, eat the (Dama breath) 珠 raw living, of a person disguised as humans - that those who called <- - Fuse Xi>. For violent crime and that they cause. Hamaji encounter wandering, and Sino white-haired youth wearing a dog's face soon to town looking for a place to stay. Set in Edo unfolds Aquapolises fictional story of a girl straight

Some people may wonder why I'm going to see a movie I won't be able to understand.  Well, for one thing I'm OK with piecing together the meaning from other cues and anime is all about the drawing.  For another you can't really learn a language without listening to it.  After seeing the movie, I can do better than Google on the plot summary.


Himaji is a bounty huntress in a world plagued by werewolves, descendants of an illegitimate relationship between a queen (or goddess) and a wolf. Unfortunately for Himaji, her compassion interferes with her work and that's before she falls in love with Sino, who happens to be a werewolf himself.  Sino doesn't keep his secret long: a little habit like ripping people's hearts out and eating them soon becomes apparent, especially when you have to rescue your girlfriend from would-be agressors. Fortunately, Sino only eats the hearts of baddies, so he's redeemable in principle and Himaji may have the key to saving him.

To be honest, I'm not quite sure how she did it or where he went to in the end because the solution was embodied in a letter. Too bad for me, obviously speaking the language would help.
at 02:55