Antonia was sick today with a sort of flu/cold.  Penny stayed on the ship.  I went into KL alone this day to get the train tickets we reserved to go from Singapore to Bangkok.

The ship docked about an hour and a half ride from the city.  They offered for $50 a two-way shuttle service from the pier which I took advantage of.  This dropped me off right at the Petronas Towers. 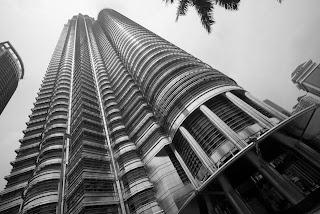 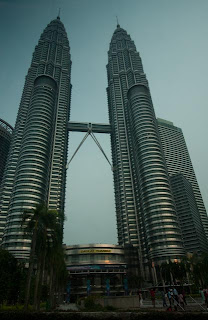 These are some of the tallest buildings in the world.  A few years ago, a guy from France free-climbed one of these buildings -- no rope, just hand over hand climbing!  He went right to the top and stood on the tip of the needle (there's a round ball on top of the needle).  I can totally see how he climbed the building part.  As you can see, the outside is basically like a ladder.

I took the train from here to the central train station (about a 10 min ride) where fairly easily found the international ticket counter and picked up my tickets.  It turned out to be MUCH cheaper to pick the tickets up here than in Singapore and it wasn't that much trouble in the end. 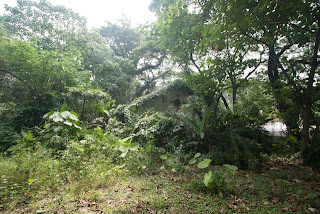 This is a photo of an overgrown house on the residential street.  On the other side of the street was an apartment block.  This was technically all in the park.

Once in the park proper, I managed to find the Butterfly Museum.  This is an outdoor park that is covered with a netting which holds thousands of beautiful butterflies. 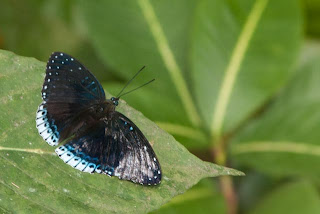 After, I walked to the sculpture garden. 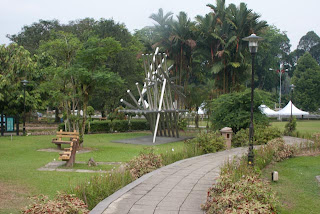 And then back through town.  As I walked around, I seriously got the feeling that not many people actually walk around town.  I was really the only one walking.  Most everyone else was driving.  It's quite a noisy and dusty environment. 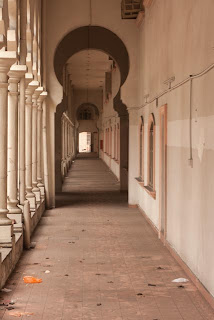 Once back in town proper, I decided to walk the mile or so back to Petronas Towers.  I started following the overhead train tracks and then I saw what looked like a classical building which turned out to be the phone company.  They had a telecom museum (Telekom Museum) which I nipped inside.  It's quite small and well hidden, I think I may have been the only visitor they had that day! 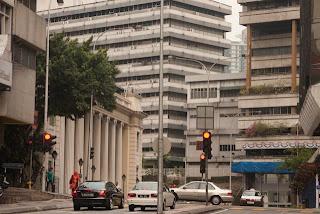 I then walked back to the towers (about 30min) and was an hour early for the bus.

In the towers, it's basically a huge shopping mall under neath them.  They have quite a food court.  While waiting for the bus, I had a plate of food (Nasi Lemak) which means coconut milk rice, but it came with chicken curry, peanuts, and some veggies, a whole meal, and it cost the whopping sum of US$3!  It was excellent.  Sorry I didn't take a photo of the plate before eating it!

The ride back to the boat was about 2hrs because of traffic.  We were the last bus back at the boat and they had to hold the boat for us.  As soon as we were on board, they hauled up the gangway and set off.  That's one very good thing about taking their shuttle into town in that they won't leave until all the tours are accounted for and back on ship, so there was no way I was going to miss the boat.

Mission accomplished, tickets in hand which we will use in a few days.
at 12:00