Today Antonia and I went into Lankawi, Malaysia alone while Penny stayed on the ship.  Instead of paying for the shuttle into town, we decided to take a cab.  We had to walk quite a ways out of the port (say about 15min) before we could find a taxi that didn't insist on taking us on a day tour.

We wanted to go to this aquarium called Underwater World which was 5k (3mi) up the road, the taxi should have cost nearly nothing (in fact, it was nothing in the end!).  We managed to flag down a taxi and he quoted us about $2 each to town.  After we were in the cab, it became apparent that he was talking about the town called Lankawi which was miles away and we only wanted to go up the road!  He very kindly brought us to Underwater World and bought the tickets for me (taking a commission) and didn't charge me for his ride.  The entry price was the same for me but he got a commission. 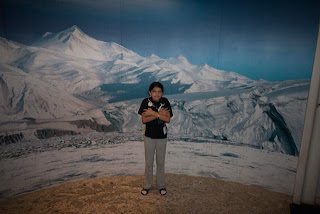 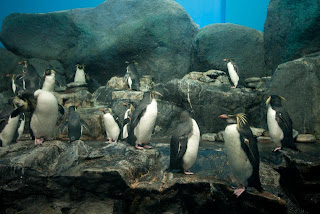 They have some cool looking penguins here. 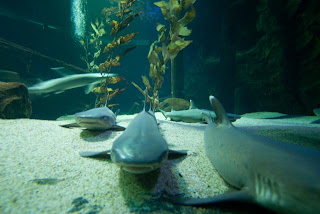 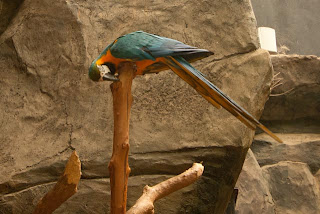 They also had an aviary.

After the aquarium, we walked around town and ate at an awful restaurant, I'm glad we didn't get sick, it was fine in the end.

Then we decided to find the Rice Museum that they talked about on the ship.  It was quite a walk up the road, maybe a mile.  This was a road through town with shops all selling the same tourist junk.  Eventually, we found the famed rice museum and it was...empty. 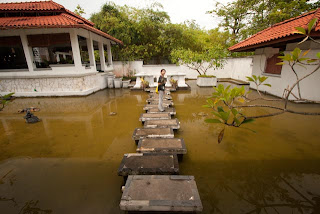 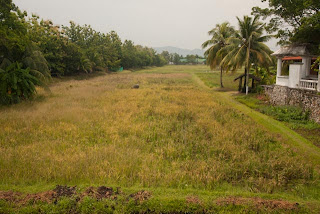 Totally deserted.  No entry fee.  We walked around it for a while.  We were the only visitors.  There was the occasional person sweeping up the pavement.  There was an air-conditioned building with exhibits of tools they use in rice farming and such which was interesting but no photos allowed.

The town here is again loud, dusty, and filled with tourist shops.  I think if I were to visit this island again, I'd get out of town and do something more adventurous here.  Because of time constraints, we really would have had to take a tour, either in a taxi or an organized ship tour.  Apparently the gondola ride was spectacular but the weather was really rainy and visibility was limited.

From the Rice Museum, Antonia and I took a taxi back to the ship.