I dropped Mike and Antonia off for their sailing, snorkeling and diving tour and embarked on a longish journey to Cooktown were I was going on a guided bush walk to look at Aboriginal rock art.  When we rented our cheapo economy class car, we somehow got upgraded to a Subaru Forester.  It turned out to be a great car to drive and the inland road is like something out of a car advertisement.  Just a long straight, relatively narrow strip of tarmac with nobody else on it, through open savannah.  It was the sort of road it's easy to get carried away on, and I did a bit, but I got a come down on the way back. I had nearly reached the turnoff back down to Cairns when I got stopped behind an accident.  We were there for almost exactly two hours, while the emergency services tried to extract someone who must surely have been a corpse by them from a car that was reduced to a cube by being driven into the rocky embankment at the side of the road. 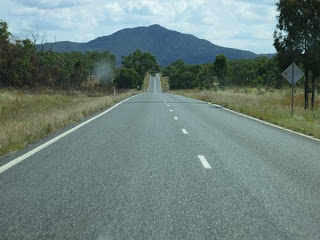 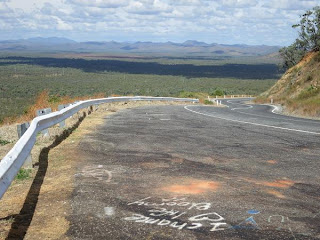 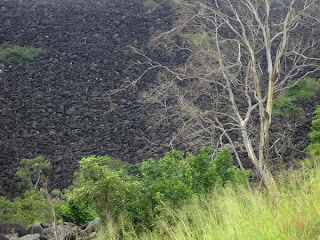