... who are from Sheffield and Rotherham in England.  I have driven through Sheffield and Rotherham, NZ, both on South Island, a bit to the west and north-west of Christchurch.  I would have taken more photos of both of them, but there is not a lot to see except trees, grass and hills.  Actually, Sheffield is a bit bigger than Rotherham as it is in England, and has a pie shop, but somebody had parked a car in front of it, completely obscuring the building.  The two villages are much further apart than the the English counterparts, probably 3 or 4 hours drive and actually, I went through Sheffield on Monday, spent a whole day at Hanmer Springs and passed through Rotherham on Wednesday on my way to the ferry.  I suppose that both villages may have been founded by people who were from Sheffield and Rotherham, or at least that area, but I didn't find out. 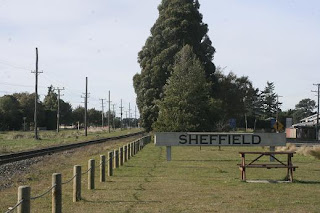 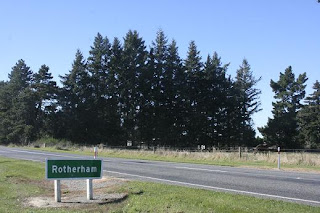 The rest of this blog will be updated slowly, so check for posts before and after!