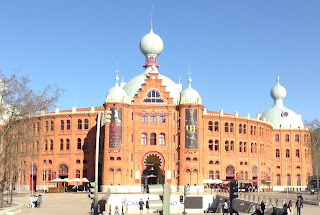 Whereas Britain has the Neo-Gothic of places like St Pancras Station, this building of a very slightly later date is Neo-Mudejar (Iberian Islamic style). Also it isn't a station, it's a bullring, which doubles as a space for concerts and similar arena-based events. As if that wasn't enough, it has a shopping center, cafes and a cinema. To be honest I was really only interested in the architecture. There is a museum of Portuguese bull-fighting inside, but I didn't go in. 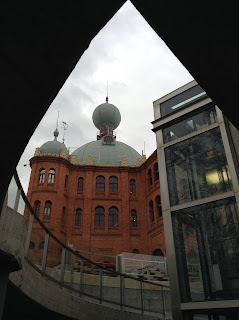 There are more traditions of bull games than most people realize. I come from a part of southern France that practices abrivado (bull running in the street) and course camarguaise (in which teams of men try to remove ornaments from the bull). The bull is unharmed, and ideally, so are the people, buildings and vehicles. The Spanish corrida is much more like a ritual sacrifice in which the bull ends up dead at the end of a 'fight' with a strong display component. In Portugal, the bull games combine some elements of the ritual display of fighting with some elements that are reminiscent of rodeo. However the bull is not killed, at least not since King Miguel, ruler from 1828 to 1834, made one of his few good decisions. 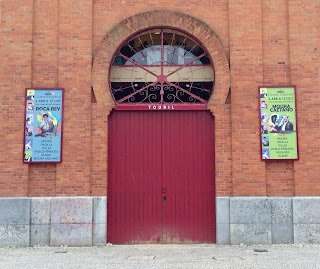