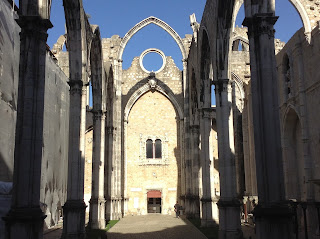 The roof of this church collapsed during the 1755 earthquake. Unfortunately, it was All Saint's Day, so quite a lot of people were inside when it happened. I overheard a tourist guide explaining that to add insult to injury, since this was a red light district, so the only survivors were those who were 'gainfully occupied' elsewhere, and their clientele. Since it's on a hill, that industry also escaped the tsunami that followed the earthquake. Oh well. 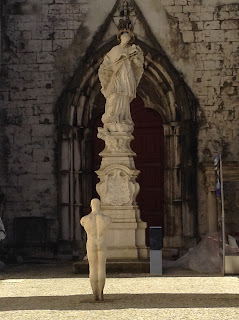 I also heard a couple of guys wondering how come Lisbon has earthquakes. It's because it lies very close to the boundary between the African and Eurasian continental plates. We tend to think of those two simply pushing together to raise mountains, but there's also a slight sideways force along the fault line. 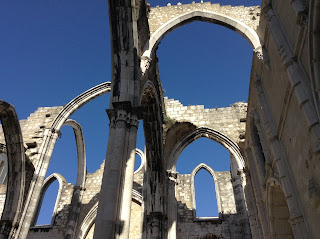 For a while, they thought about restoring the Carmo, but they hadn't got around to it by the 19th century, and by then people had decided that ruins were romantic. I must say, I agree with them. This is a very serene place to hang out on a warm evening (for a small fee). 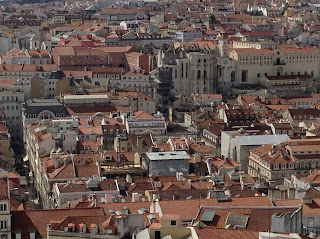