This isn't my only source on the history of Lisbon, but it's a particularly nice and accessible one, right underneath the place known as Mirador das Portas do Sol on the way from the Alfama to the Castello (a few steps down the narrow rua Norberto de Araujo. 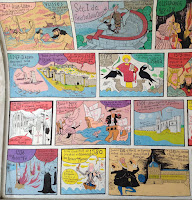 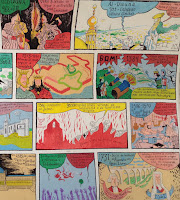 Then there's José Saramago, who was one of Portugal's most famous authors. I wasn't really attracted to the books he's most famous for, but I'd like to try these ones which are more grounded in place and history.

- Journey to Portugal - a travel book
- Memories of my Youth - memoir of Saramago's childhood
- Baltasar and Blimunda - novel about young lovers in the time of the Inquisition
- The Year of the Death of Ricardo Reis - novel set in Lisbon around the time of the Spanish Civil War
- The Stone Raft - fantasy in which the Iberian Peninsula breaks off from Europe
- The History of the Siege of Lisbon - a novel about the siege
- The Elephant's Journey - novel about an elephant presented by King João III to Archduke Maximillian
at 09:15