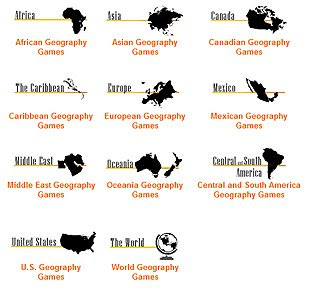 Want to travel the world and don't know where to start? Not sure if the city you're visiting is the capital of its country? Confused about the difference between North Korea and Australia? Popping over to London and thought you'd take in the Parthenon?

Hmmm... time for some basic geography. Sheppard Software is the very best site we've found. Antonia has been using in her homeschooling for over a year. Yes, you really can't learn all that stuff all at once. The site has countries, capital cities and aspects of physical geography like lakes and rivers.

There is just one tiny thing that we think could be better. There are sections for the states of the USA, Canada and Mexico, but not for any other countries. It would be nice to add some of the other larger countries of the world - China, Russia and India are incomprehensibly large and could use some breakdown. Maybe one day!
at 02:22