Day 30: The walls of Philadelphia

Mural Mile
Philadelphia is famous for its murals.  It even has an organized Mural Arts Program to make more of them.  It's one of the things I love about Philadelphia.  The city is organized on a near perfect grid system, and every so often a house is 'missing' from the grid and replaced with a small car park.  Most of the murals are on the empty side walls of buildings, facing the car parks.  This afternoon, I copied the Mural Mile walk onto my SEPTA (public transport) map, and Antonia and I set off to view murals, walking through the pretty old neighborhoods of the Washington Square area.  It wasn't until we saw the first mural that Antonia realized that this has got nothing to do with graffiti.  Then she was hooked. 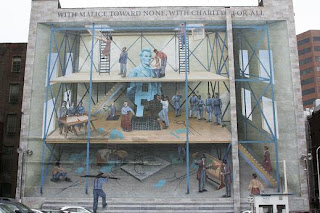 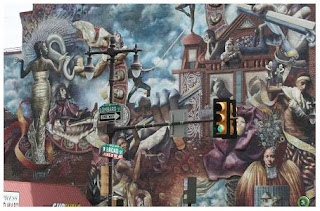 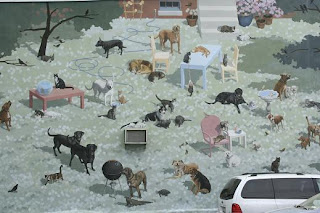 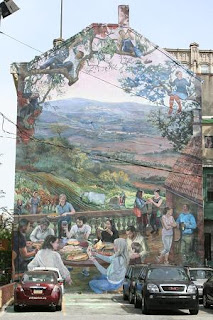 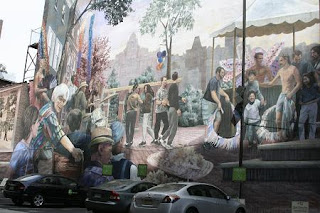 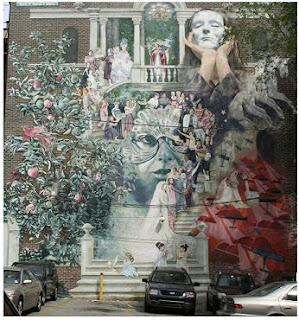 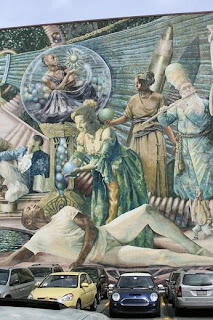 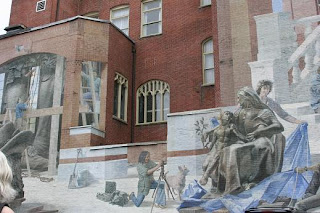 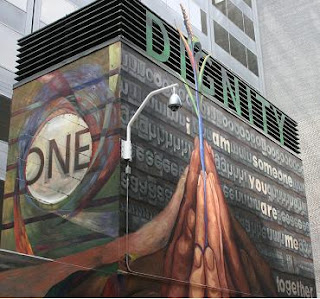 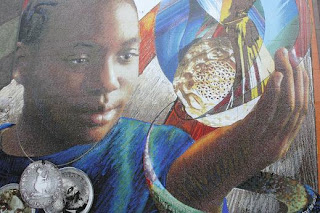 Toastmasters meeting
A while ago, I decided that some form of speaking was probably going to be part of my future career plans.  Since I've spent a LOT more time writing than speaking over the last 20 years, I feel pretty incompetent. It seemed like Toastmasters might be a good opportunity to get a bit of practice in and see how it goes. So today, I went to a meeting, to see what it was like.  I actually think that in the last 18 years, this is the first time I've met any Americans who weren't introduced by my in-laws and directly connected with my in-laws in some way, so it is a big deal for me!

The meeting turned out to be at the top of a 23-floor skyscraper belonging to Blue Cross Insurance group.  There must be hundreds of people working here and most, but not all, of the 'Toastmasters are probably employees. I was relieved when I walked in to discover that I'd managed to pitch the dress code about right, despite having almost nothing suitable for ordinary office wear.  I was really happy to be welcomed by a very nice guy who explained the meetings to me, and to have another conversation with a Brit who recognized my accent at the end of the meeting.  I was happy to be in a group with a bit more diversity than I usually get to meet in America.  It reminded me of London.

It turns out that the meeting and the Toastmasters program are very structured, which is probably a good thing.  I got caught up in listening to the three speeches which were so good, it was scary!  I have mixed feelings about how practical it would be to participate in Toastmasters while traveling, but a lot of people have been pretty welcoming and encouraging in that respect as well, so perhaps I will give it a go.  OMG, the first thing I would have to do is come up with a speech introducing myself!  Hmmm!

Fireworks
Just as we got Antonia to bed, we got an impromptu treat:  fireworks on the other side of the river.  We got up and sat on the roof of our houseboat watching the display.  They were beautiful, but we have no idea what they were in honor of.
at 15:40