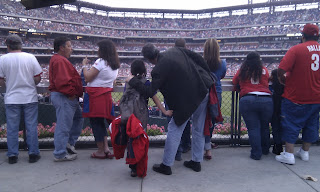 So now we are getting to the heart of American life because we were eating Philadelphia cheesesteaks, drinking beer and watching the Phillies thrash Cincinnati.  I have to say that Cincinnati didn't seem to care whether they won or lost, which suited the audience.  So long as they were losing we paid no attention to them, and just talked amongst ourselves when they were batting.  When the Phillies came on to bat, we sat up and watched!  Our friends told me that these guys play three or more games a week during the season, so perhaps they are a bit strategic about when they put their backs into it. 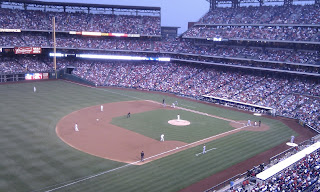 I had a fabulous time and learned the rules of the game with the help of the American friends who took us.  The pitch was much smaller than I thought so there is a real feel of being close to the game. I would definitely go again if I had some friends to hang out with, though I don't think I could get as obsessed with the game for its own sake as some people are. 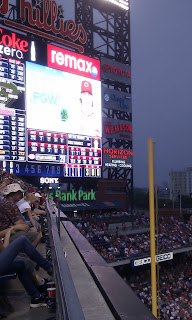